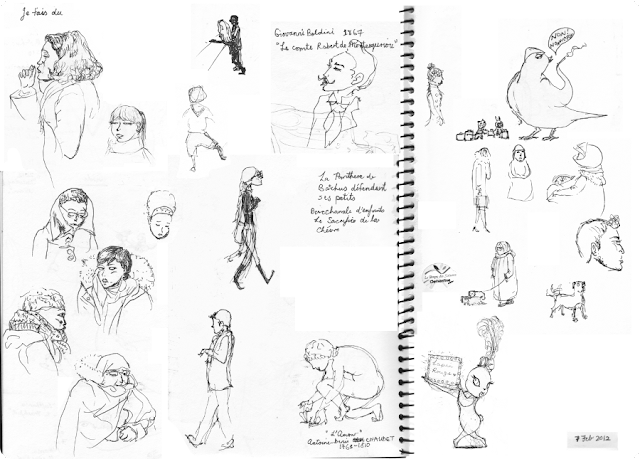 A page mashup of drawings from my sketch book whilst in Paris a few months back.

The left sketches were while on the train, where we noted quite often surprisingly friendly conversation between two strangers from vastly different age demographics.

An old man turned and talked to a 20-something model-like looking girl knitting on the train. The old man looked like he was telling a good story with a twinkle in his eye, and they both laughed and chatted away comfortably and happily and then bid farwell politely when the train stopped.

We also saw an old lady was sitting by herself in a cafe early one morning, and a trendy young man with his toddler daughter came in and sat not far from the old lady. They began exchanging remarks and conversation the while they were there, until the man and his daughter departed and the old lady went off to carry on her day.

And little toddlers speaking French  are SO CUTE! we saw them often holding the hands of their fashionable looking mums and dads.

I know previously I might have said, Yes, everyone in France are so chic and look gorgeous and naturally beautiful. But some people might find it refreshing to know, that comic book nerds (the negative stereotypes) are the same everywhere. We walked into one comic bookshop where a few goth-punk clothed kids blocked the moving space in the room and they guffawed in French and laughed overly loud for too long, and no, speaking French did not make them less annoying. Most annoying was how much they stunk. I have nothing against nerds and geeks, but really, wash your clothes use some deodorant!!! 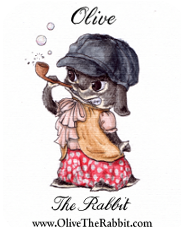